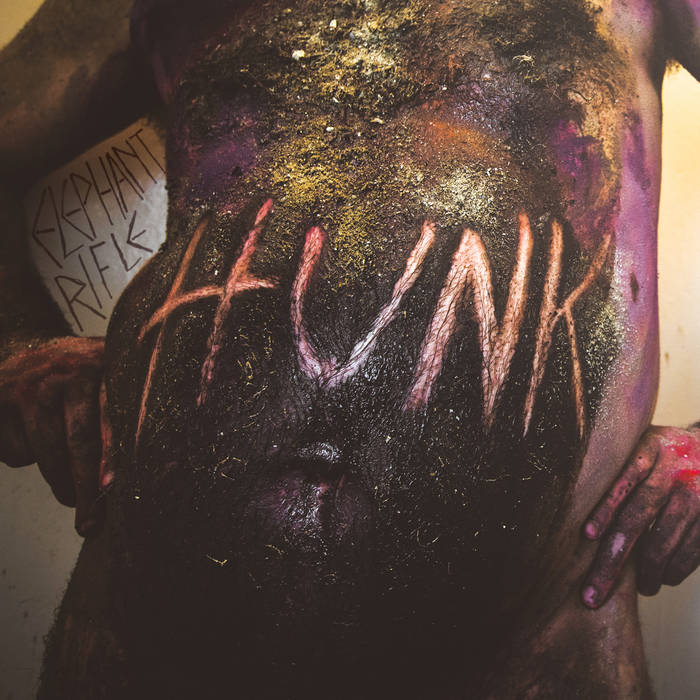 Reno’s Elephant Rifle aren’t three songs into their 2018 album, Hunk, before they’re advocating punching nazis, so yeah, I’m down. Rooted in punk, but thick in tone and groove, the four-piece keep both a political edge and a hellraising post-hardcore aspect to the 12-tracker, but there’s room among cuts like “Fuck My Name” and “Mass Strangling” and “Current Wars” and opener “Hunk’s America” with the drunkard’s-poetics lyricism of “Frat Poison,” “Big Milk” and “I’m Bad at Driving,” all of which offer no shortage of instrumental shenanigans to coincide. Intensity varies but tension is largely universal, and left, right or center, everyone seems to wind up taking a hit by the time the album is done. “Frat Poison” and “Sorority Row” would seem to cover both bases, for example, and likewise, the jangly West Coast noise rock of “Broomrider” complements the crashing and percussive drive of “Cowboy Poetry” earlier. They push, they pummel, and indeed, the punch, but the frenetic energy they bring to bear isn’t without consideration behind it — there are adults in the room.

Fair enough. The band — Brad Bynum, Mike Mayhall, Clint Neuerburg and Mike Young — tracked with Tim Green (The Fucking Champs) — and Hunk carries the raw clarity of his work, but personality abounds on the band’s part, to put it mildly, and though by the time they engage Dr. Seuss on “Hit the Showers,” the onslaught of commentary seems to be somewhat less pointed than it was at the outset, there’s little arguing with the fact that the American age of media saturation, information saturation, and a willfully blurred line between truth and fiction accommodates all of the above and still has space in its infinite data servers for a song like “I’m Bad at Driving,” which, in terms of subject matter, is pretty much what the title would have you believe. There’s a video for the track premiering below — that’s why we’re here; keep up — and in addition to highlighting the song itself, it’s a good look at the persona driving the band throughout Hunk. Chicanery abounds. I hope their next album has a song about incels, because fuck that shit too.
-The Obelisk

Bandcamp Daily  your guide to the world of Bandcamp

MF DOOM is given his flowers, plus appearances from MC Jada Imani and Stanley Ipkuss